These ads for long-gone businesses selling long-gone brands of cars and trucks came from a photocopy of pages from a 1925 Ambridge City Directory in the Laughlin Memorial Library's archives: 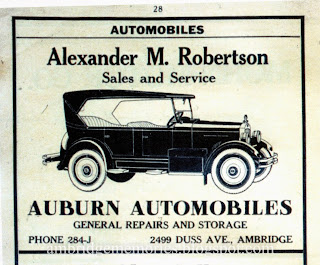 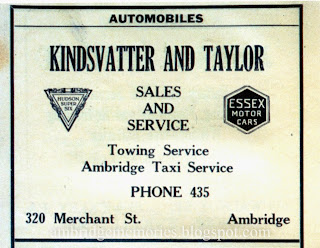 Hudsons were produced from 1909-1954. Towards the end of their brand-life, they were part of AMC. 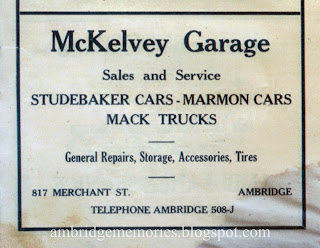 Marmon Cars, which introduced rear-view mirrors as standard equipment, were produced from 1902-1933.

Mack Trucks which began in 1907, are, of course, still made. 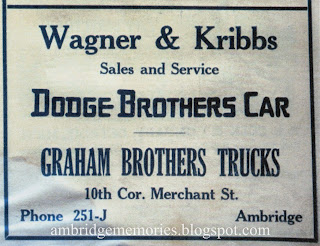 Dodge Brothers Cars were produced from 1915-1935, towards the end by Chrysler. Eventually "Brothers" was dropped from the name, and Chrysler still produces Dodges.

Graham Brothers Trucks, once part of Dodge Brothers, were produced from 1919-1929 when they became Dodge trucks.
Posted by Nancy Bohinsky Knisley, AHS '67 at 3:10 PM