The Demolition of the old Ambridge High School


The first Ambridge High School, built in 1914, was at 740 Park Road in the building which later became Park Road School. My grandmother was among the students in grades 7 through 12 who attended that high school.

Fast forward to the mid-60s when I went to the high school for grades 9-12. While the sturdy brick exterior of the school seemed to be holding up, the interior, worn and dated, looked older than its actual age. I remember dripping pipes, drafty windows, and in winter, some classrooms would be steamy hot, while others would be freezing cold.

The electrical system was worrisome. The girls' gym, where the boys played varsity basketball, was laughably outmoded. The showers in the dismal girls' locker room no longer worked, for which, I suspect, most of us were grateful.

The large contingent of baby boomers coming through the school added to the wear and tear on the building. To put it mildly, repairs and updating were sorely needed.

After Ambridge schools merged with Baden, Economy, Harmony Township, and South Heights in 1971, the high school underwent a major renovation. In 1979, the school underwent another renovation that included the construction of a field house south of the main building and a new cafeteria where the boys' gym had been located.

P.J. Shotter took photos of the demolition of the old school and has given me permission to post them here. The photos below, plus more, are in P.J.'s slideshow, "Ambridge High School." 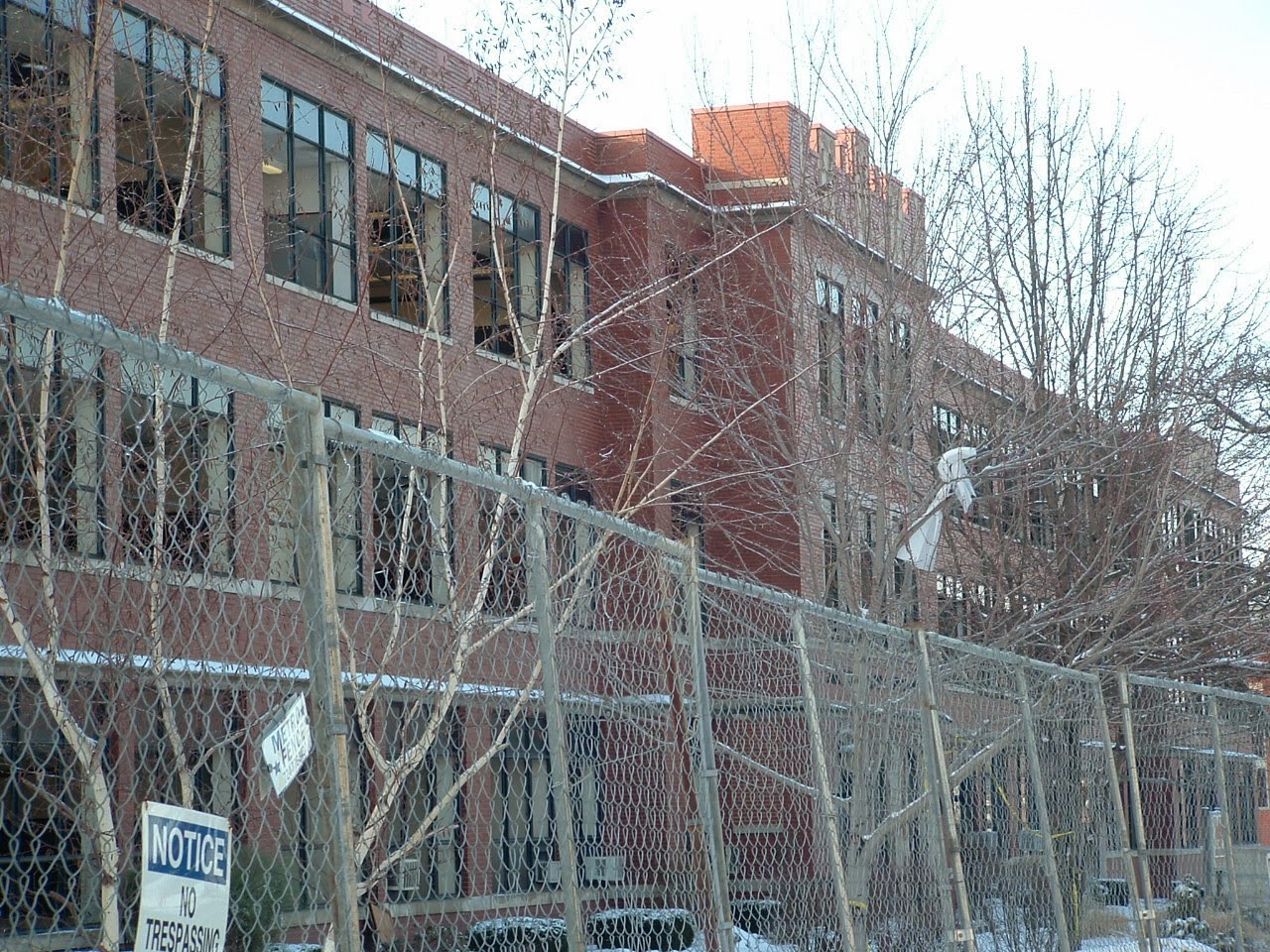 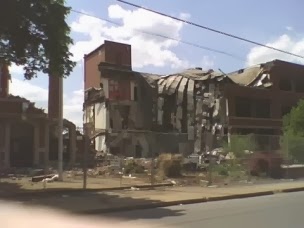 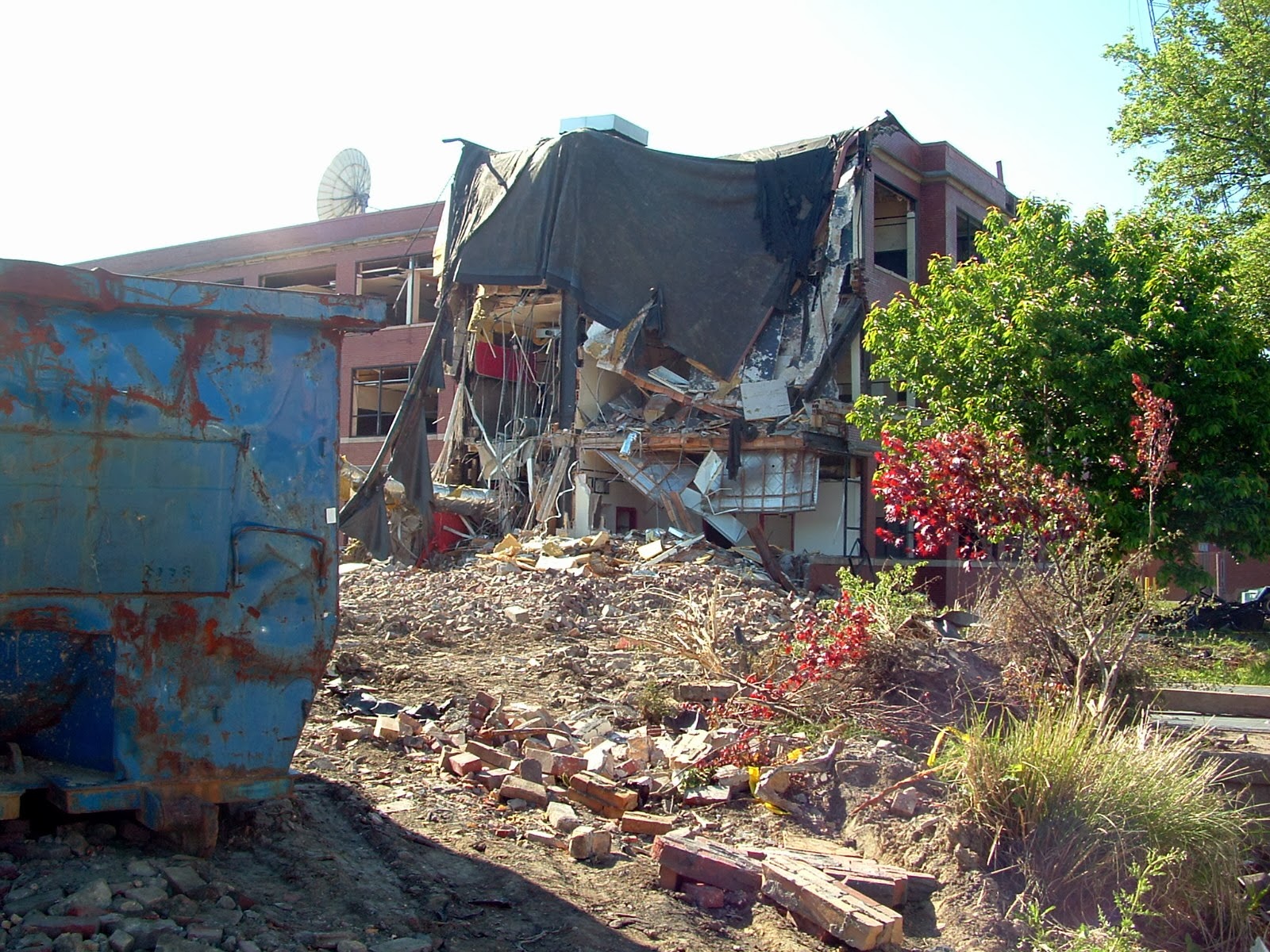 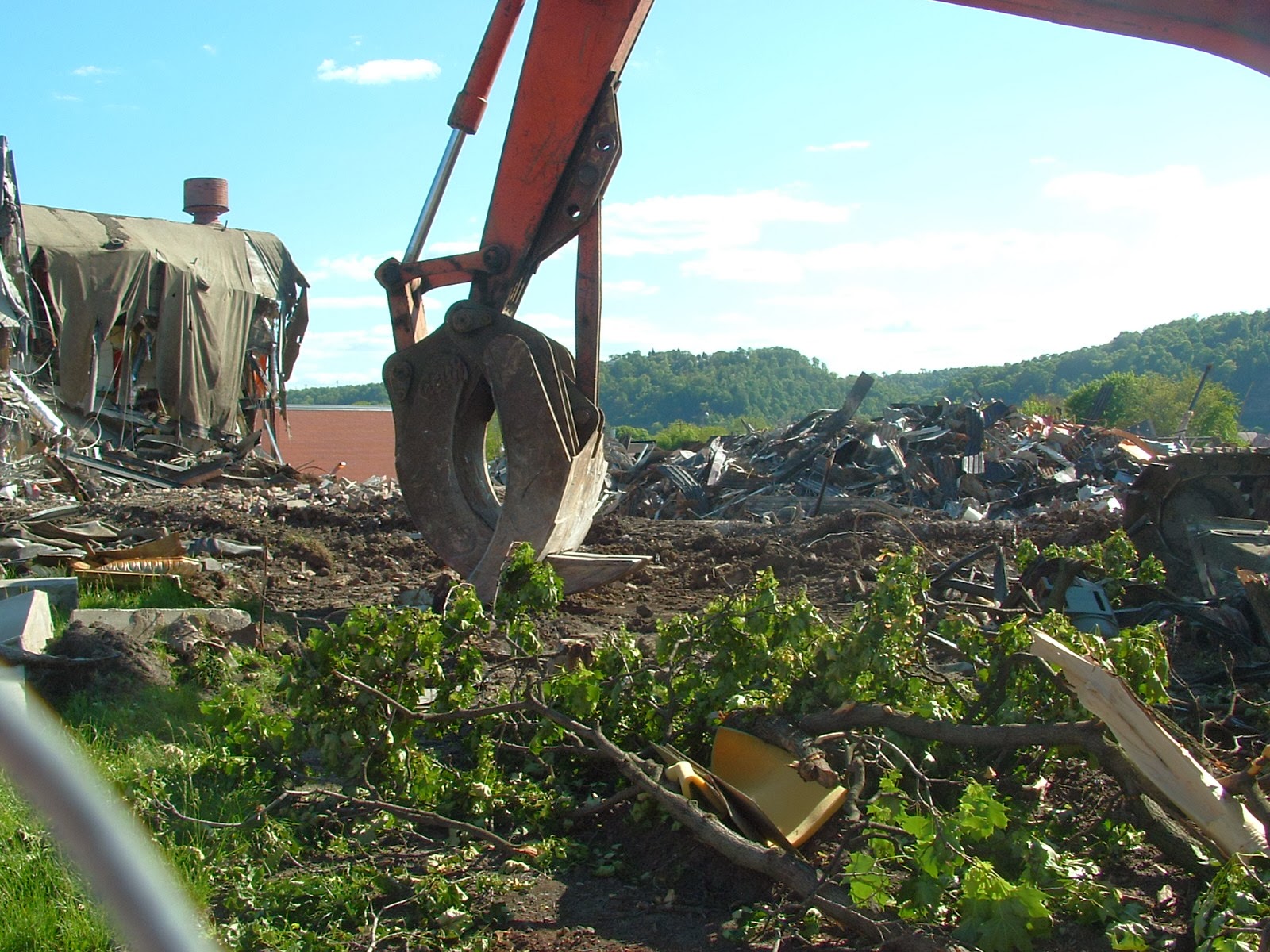 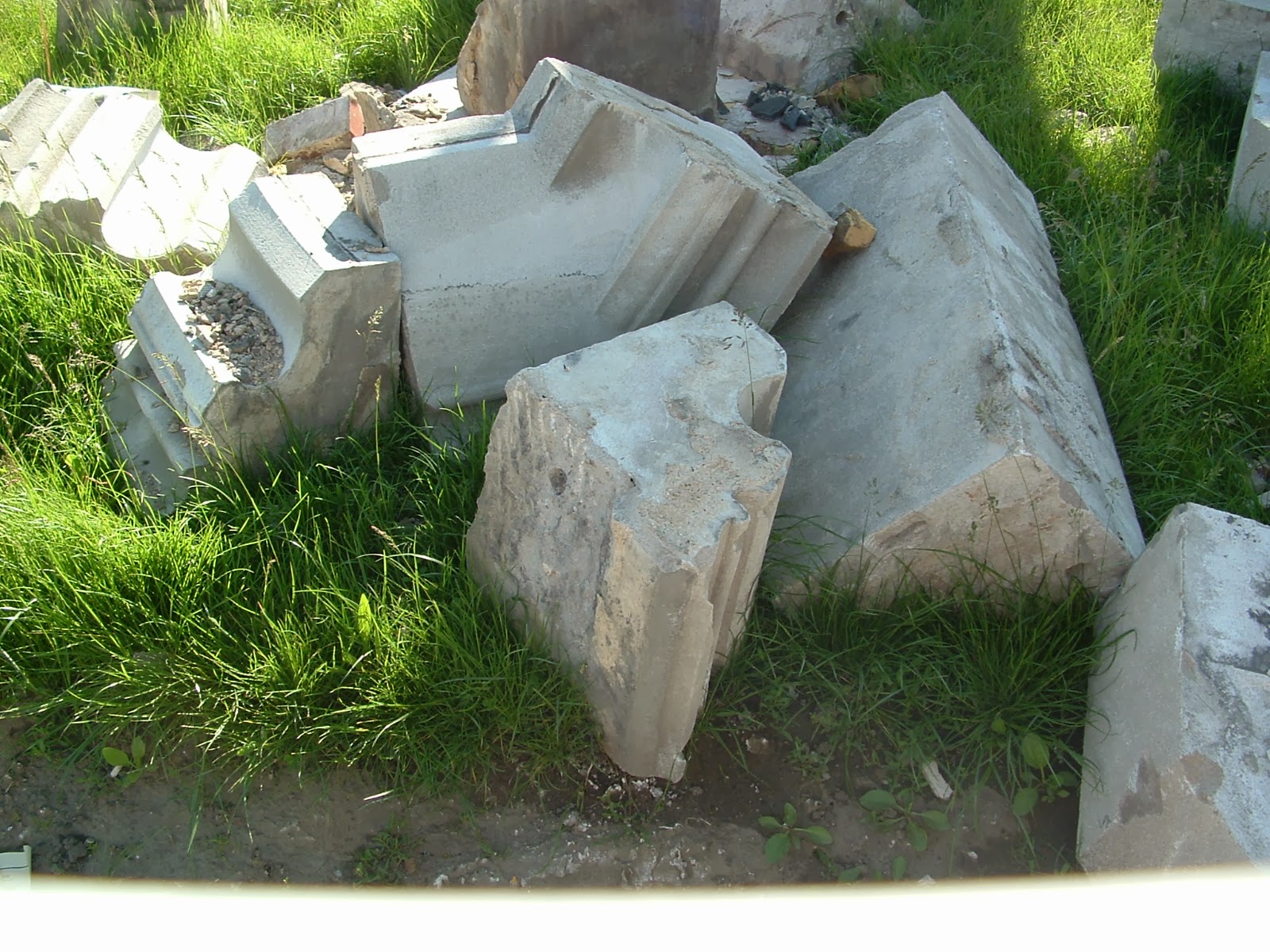 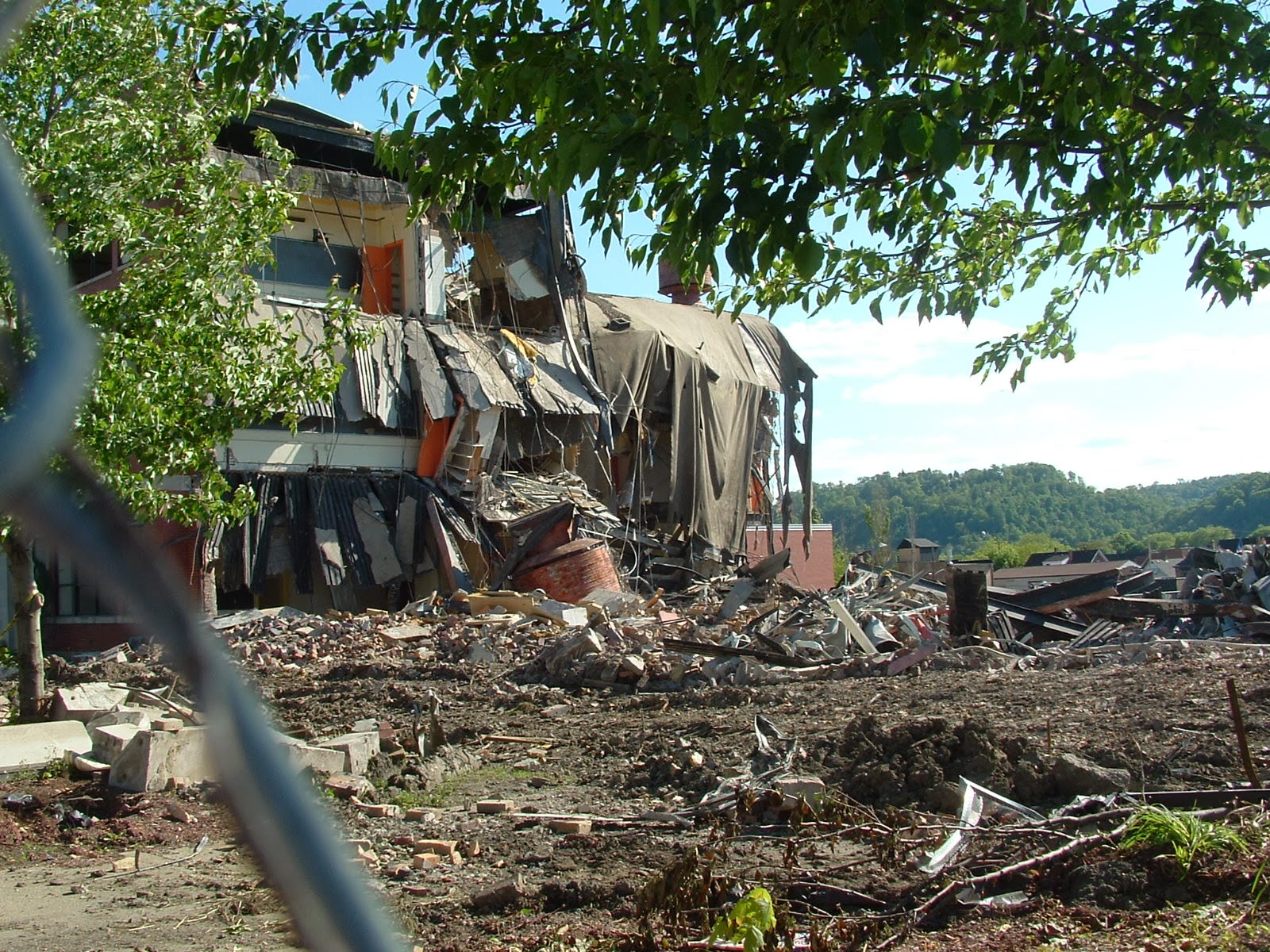 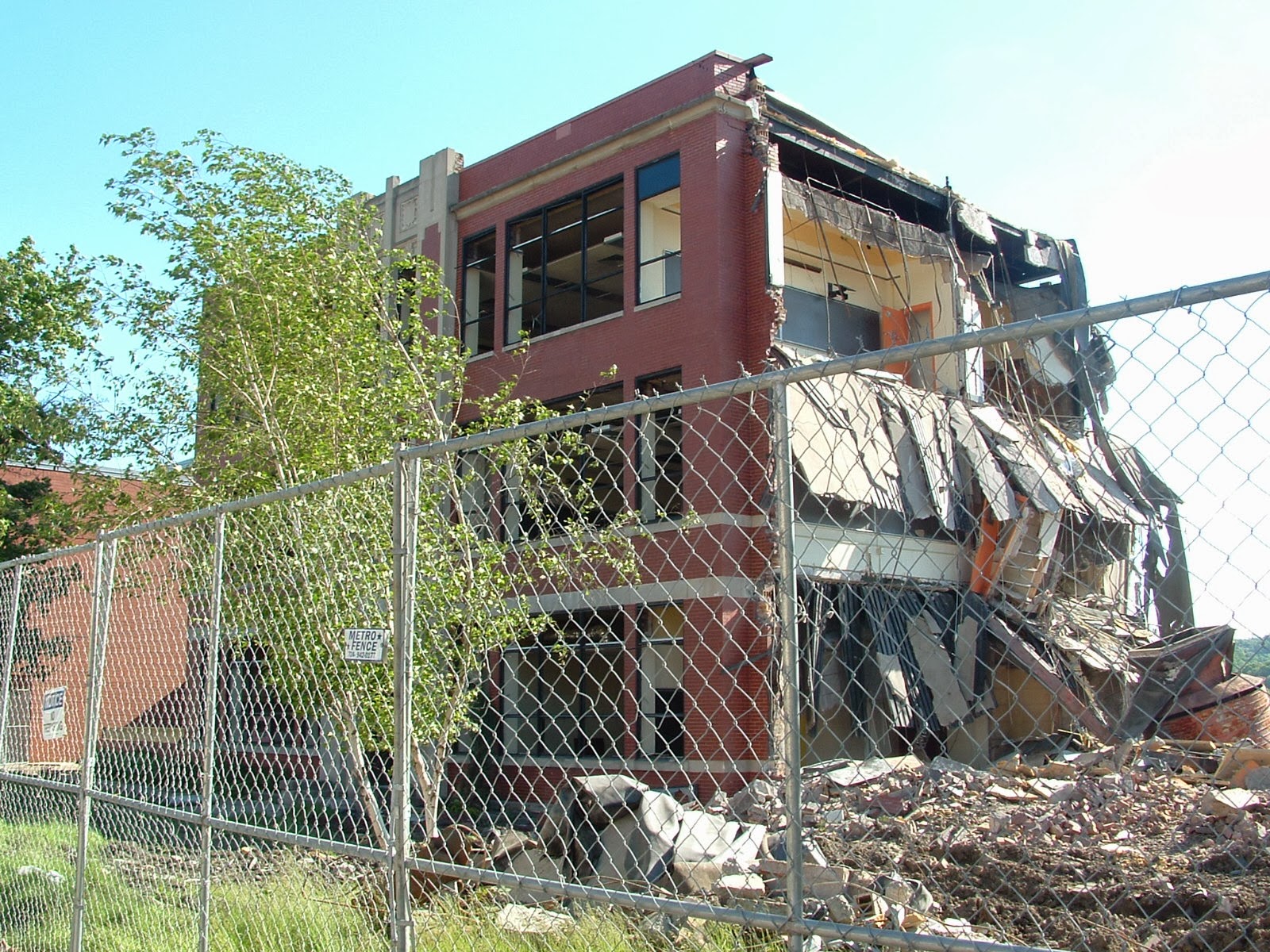 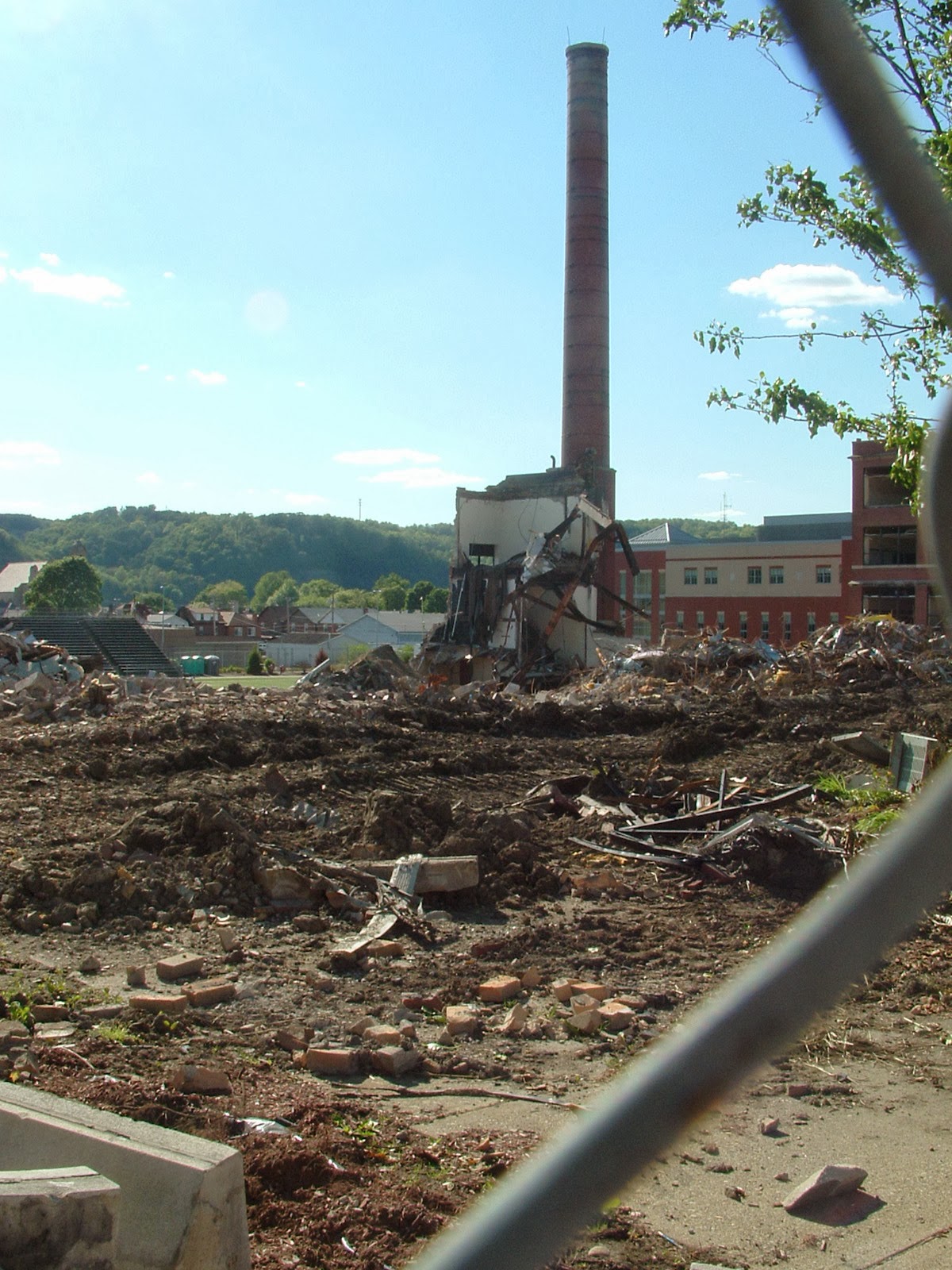 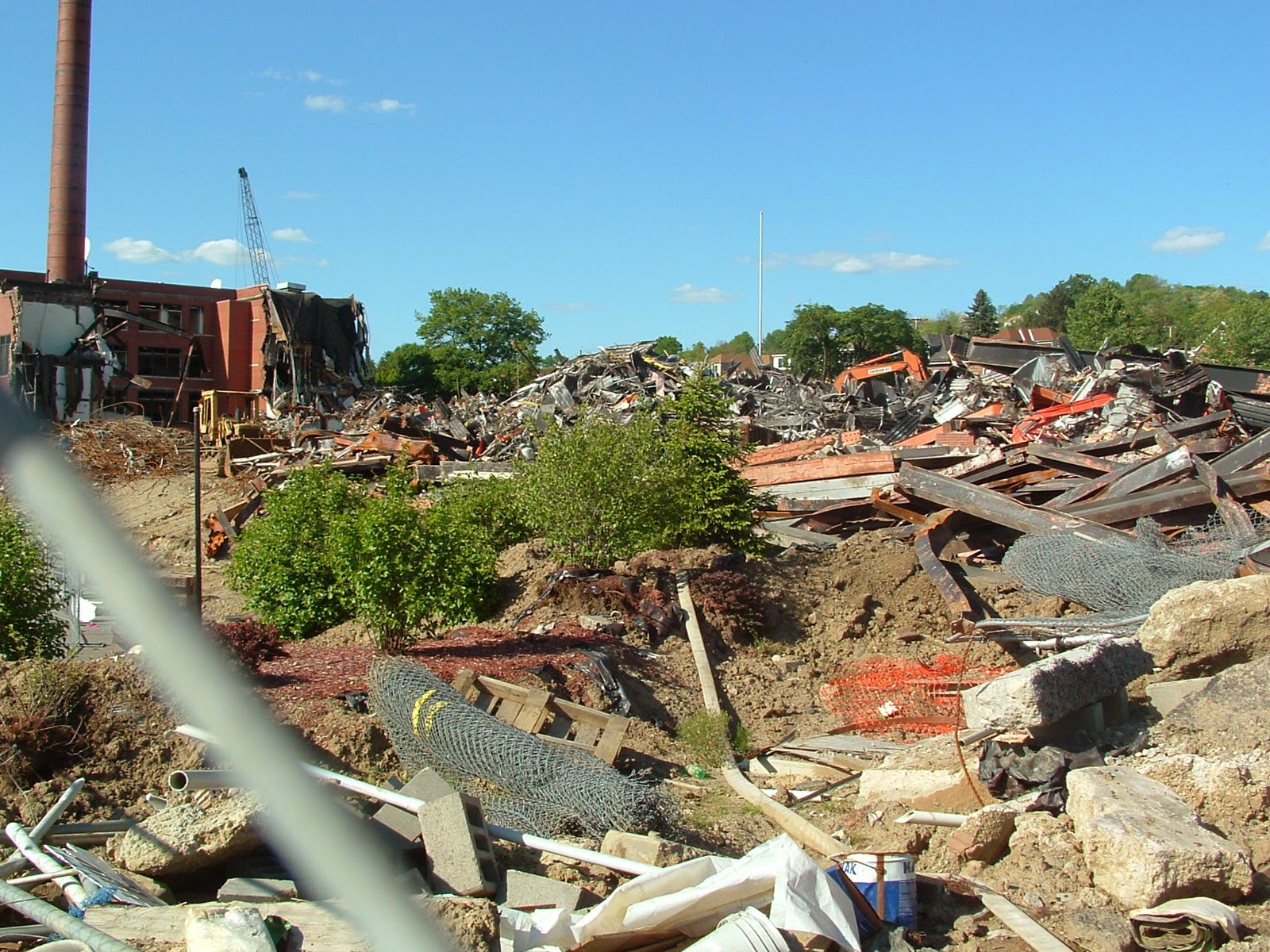 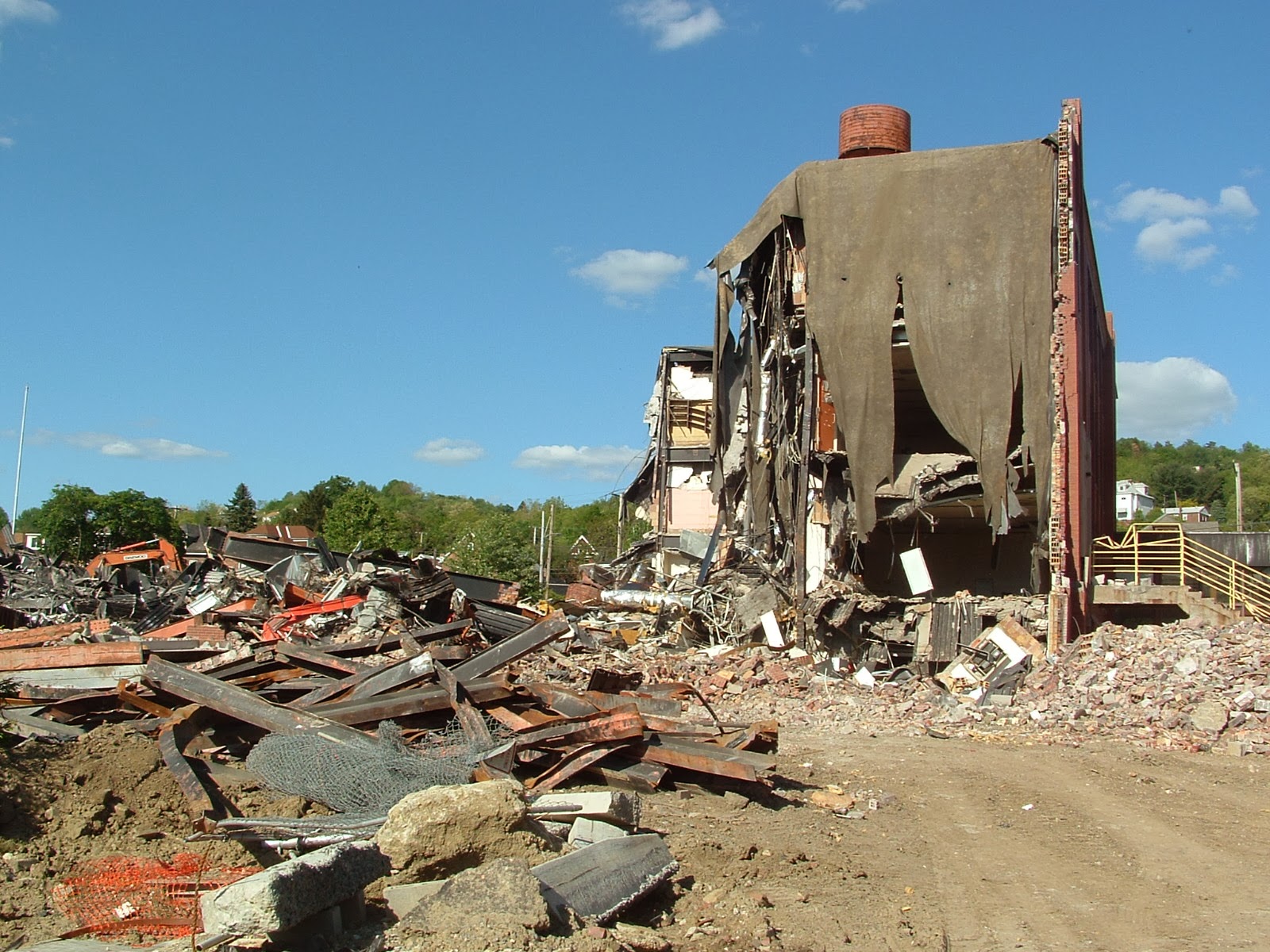 All photos of the demolition of the "old" Ambridge High School courtesy of P.J. Shotter, used with permission.

Email ThisBlogThis!Share to TwitterShare to FacebookShare to Pinterest
Labels: schools